UPDATE: The link to submit nominations is now live!

The UI Latinx Council executive board was tasked to lead an all-virtual council for the first time in history this year, yet that didn’t stop them from creating the much-needed space relied upon by many Latinx campus members to build community. Having a place to share space has been vital for Latinx people at the University of Iowa for over 50 years. Chicana-Tejana, Rachel Garza Carreón, a staunch advocate for social justice, does many things in her role as the outreach and research librarian with University of Iowa Libraries to make the UI a more welcoming place. A vital part of that mission is to collect and document the history of the most cherished space on campus for many, the Latino Native American Cultural Center.

Current chair of the UI Latinx Council, Dana Dominguez (Pomerantz Career Center) explains how important long-lasting staff and faculty are for her and many others at the University of Iowa, and why the council has chosen Rachel Garza Carreón as the inaugural recipient and namesake for the newly created ‘Rachel Garza Carreón IMPACT Award’.

“Often during council meetings or monthly luncheons, we talk about challenges that comes with trying to coexist and succeed within a place that wasn't built for us.” Dominguez says. “We lose a lot of Latinx members who move on to other institutions because they don’t feel supported or valued here. When we talk about missing those who have left, I can’t help but feel so much gratitude for those who have stayed.”

Mario Duarte, Gabriela Rivera, Consuelo Guayara Sanchez, Liz Lara, Alejandra Almazan, Glenn Storey, Jose Jimenez, Armando Duarte, Maria Bruno, and Rachel Garza Carreón – were among the few that Dominguez listed who she believes have had a tremendous impact at Iowa during their years of being there.

“There is so much institutional knowledge, experience, and decades upon decades of collective contributions between them, and I can’t help but think of how different the campus would be if they had chosen to leave when times were hard. "Representation matters. We need our students to be able to see themselves in those leadership positions and believe that they can get there too.”

According to Dominguez, it is often these long-time members who connect new students and employees to the Latinx Council when they arrive.

“It makes me proud to be a part of it when I hear people say that they stayed here at Iowa because they had the Latinx Council and people like them to be in community with.” she said. “That’s why we made this award. It’s for people who have made an impact because they chose to stay. Who better to name it after than the one who documents our existence and affirms that we are an important part of the [University of Iowa’s] history?”

Rachel Garza Carreón is the co-curator of the UI Main Library’s exhibit, "Building Our Own Community: 50 Years of the Latino Native American Cultural Center, Founded by Chicano and American Indian Students in 1971". She has spent years collecting and archiving photos, texts, and documents to piece together the 50-year story of those who have called the LNACC ‘home’ during their time here at Iowa.

"The LNACC exhibit tells the story of three individuals, Rusty Barceló, Ruth Pushetonequa, and Antonio Zavala, who put it on their shoulders to create a home on campus not only for them, but any other Latinx and Native American who happened to come to the UI. They could have easily put their heads down, because that’s a lot. Instead, they said, ‘No, this isn’t right. We should do something about it.' The courageous actions of these three people still affect the lives of students, staff, and faculty 50 years later. To me, this is a story that needs to be told and one that the University community should know about,”  Carreón said in an earlier interview.

“Volunteerism and standing up for what you believe in are a huge part of my life. You have to stand up and do something, and I try to do that as often as I can.”

This award is unique as it is not only named after Carreón, but the council invited her to have full oversight on how it was developed, and she accepted.

“We wanted to be sure that this award just doesn’t have her name on it, but that it has her personal touch and approval. We want her to be able to provide feedback on the nomination process, the criteria, even if she wants to pick out what the award looks like, we will let her do it.” Dominguez said. “Just like she has made a mark with her research and her exhibits, we want this to be something she had a hand in, something that lasts forever. It’s the least we can do.”

Upon accepting the ‘Impact Award’ Carreón said, “To be recognized by my community is an honor.

In the years I have worked at the university I have seen students, staff and faculty come and go. I’ve seen the community be upset, worried and angry as they prepare to protest the many injustices we face. I’ve also seen these same community members laugh, dance and celebrate our successes.

It is important that our whole story is chronicled for future community members who come here. I am dedicated to making sure that our story is told.”

The details of the award will be developed over the summer and an official announcement will be shared in the fall when the new executive board calls for nominations. 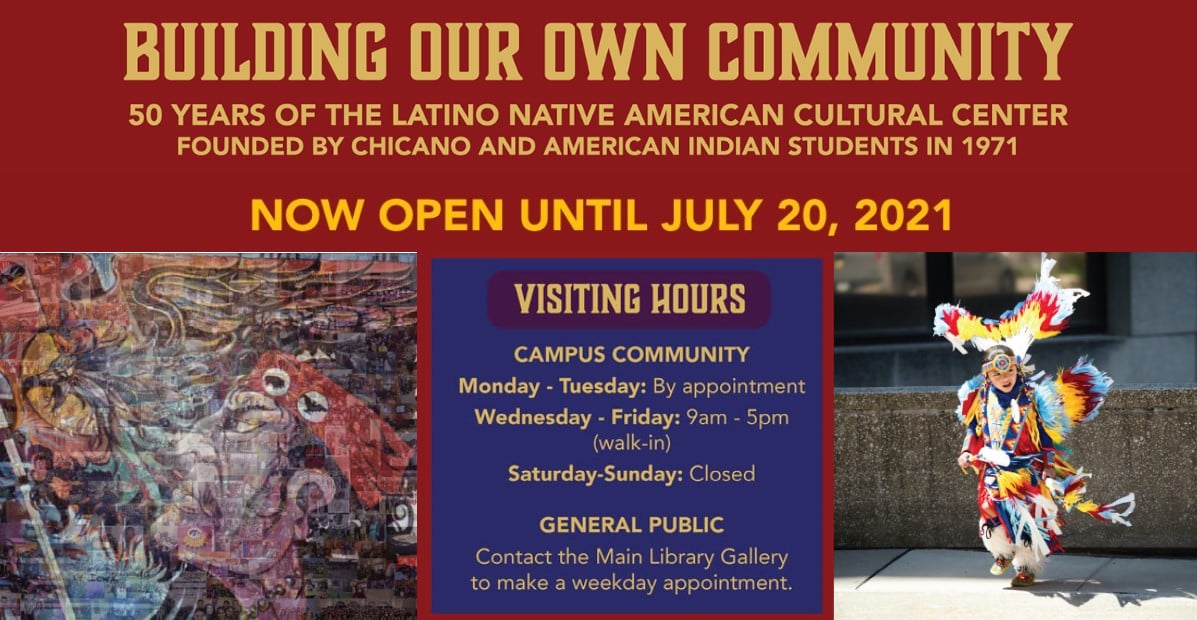